Build TogetHER BC caught up with Robyn recently to learn more about the life of a sprinkler fitter. Check out her "Norma Rae moment" - 2019 happens to be the 100th anniversary of the Winnipeg General Strike. 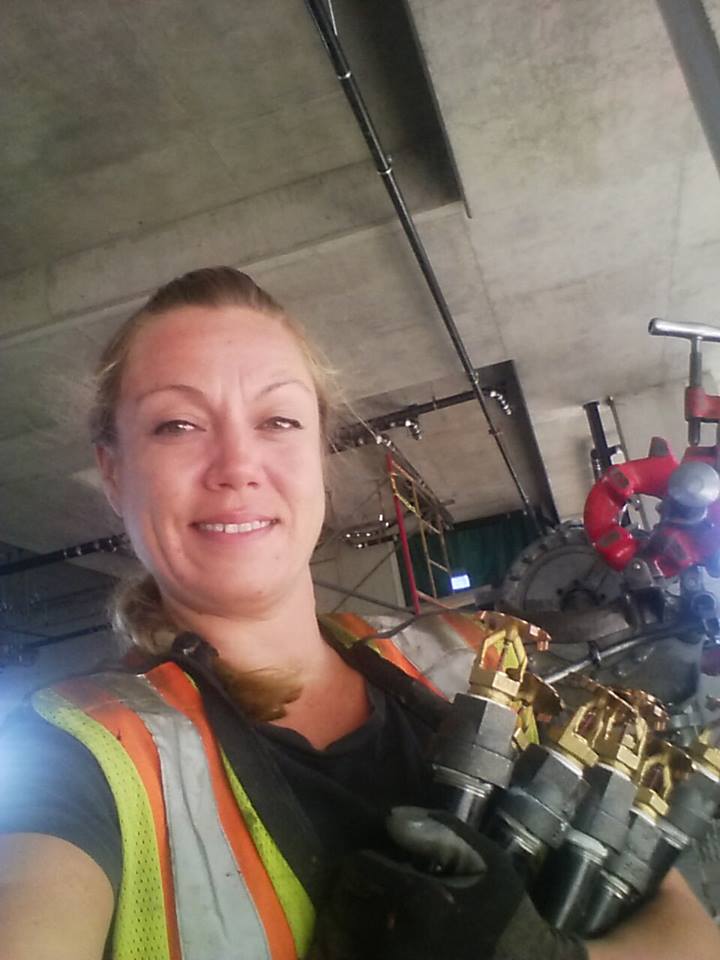 Main reason you selected your trade: I wanted to build something tangible that matters, so I chose pipe trades. Life safety is important. Firefighters dance with the devil, but sprinkler fitters get there before the band sets up.
Number of women in your first trades class: 0
Notable projects you’ve worked on: Dockside Green, Travino, Brookes School Westshore
Favourite tool of your trade: Spotter's level
Your Norma Rae moment: Who is Norma Rae? OK, I Googled it. I grew up in a union family. I have always believed in workers’ rights. I think when I learned that my grandfather had attended the Winnipeg General Strike in 1919, I realized how important unions are, and I recognized that someone directly fought for my family.
Biggest influence on your career: My dad.

Currently reading: Occasionally some Bukowski.
Currently listening to: Whatever is on the radio, mostly.
What you do when you aren’t building BC: Right now? Organizing women to build BC, mostly.
The thing that people are most surprised to learn about you: That I'm actually pretty smart. Ha. Also, that I'm a sprinkler fitter.