When someone tells Sandra Brynjolfson she can’t do something, they are most often wrong. 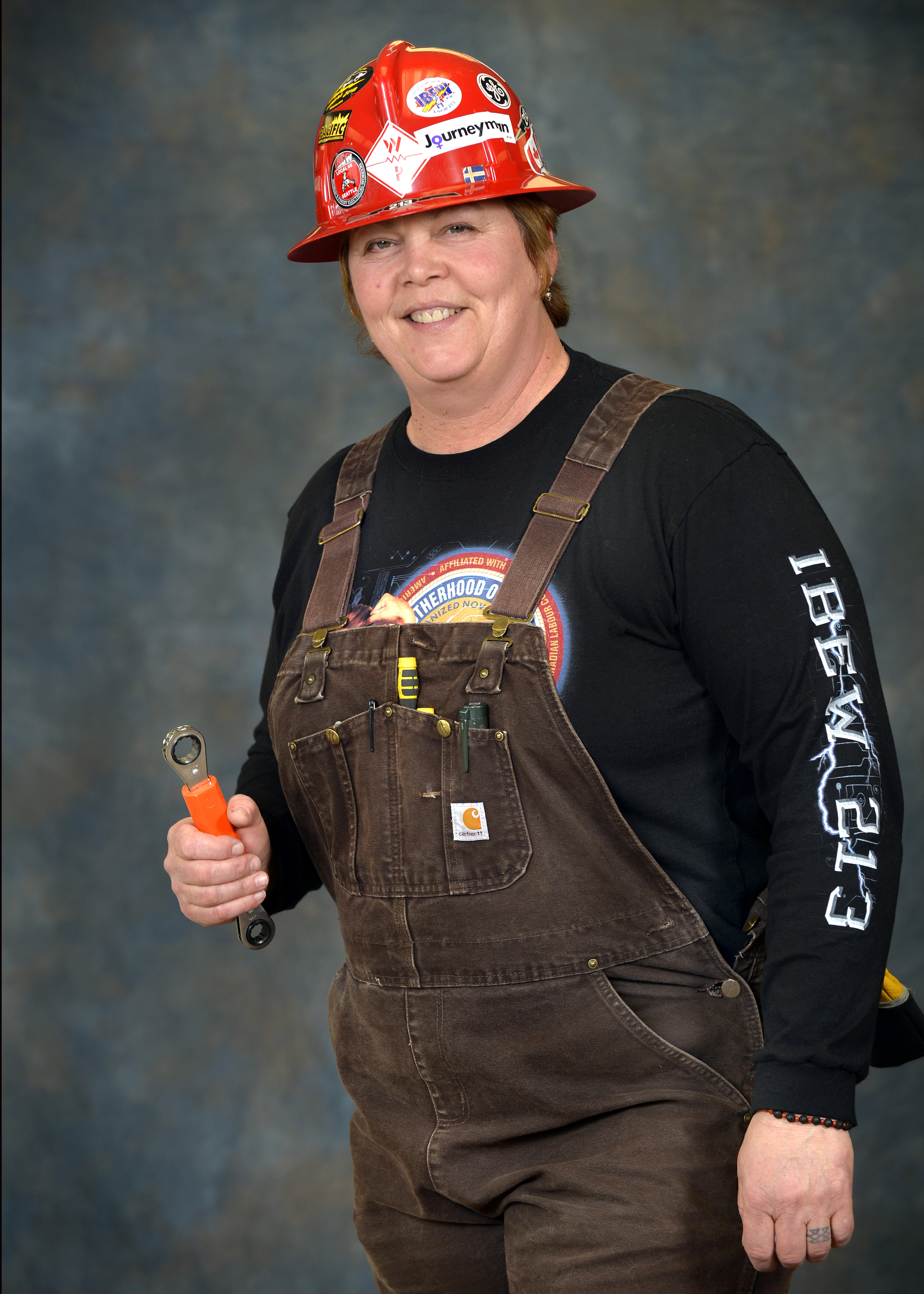 Take, for example, her career as an electrician. Moved by a desire to help people, she initially wanted to be a police officer and spent two years going through the application process. She aced all the physical and psychological tests but her application was ultimately deferred because she didn’t have a post-secondary citation.

Fast-forward a few years, and Brynjolfson found herself working side by side with police as a forensic electrician sniffing out anomalies in the power grid. Brynjolfson reported any curious findings to Hydro, and then, depending on whether police could secure a warrant for a particular dwelling, joined officers on site to ensure their safety from electrical hazards and help gather evidence. She was available to testify as an expert witness if anyone was charged and the matter went to court.

In short, Brynjolfson did exactly what she wanted to do — she just found another way to get there.

“Getting deferred from the police was a huge blow, but maybe it was the universe telling me this wasn’t the path for me,” says Brynjolfson. “Later, working as a forensic electrician for Western Pacific Enterprises (the Hydro contractor) next to the police, I felt like the universe had come full circle. This was my path.”

Today, Brynjolfson is working on turning another “can’t” into a “can.” For years, women have been told the construction trades are no place for them, and those who ignore the message and go into the trades anyway face discrimination, harassment and bullying from the time they start their apprenticeship. Many women leave while still apprentices, and those who stay in their trade face these barriers throughout their careers.

But as far as Brynjolfson is concerned, women belong in the trades. Period.

“Equality in the workplace, I want that,” she says.

Brynjolfson walks the talk. As co-chair of Build TogetHER, the women’s committee of the BC Building Trades, she provides leadership, collaboration and action on countless initiatives, from speaking engagements to political advocacy. She also co-chairs the International Brotherhood of Electrical Workers (IBEW) Local 213 women’s committee, whose logo she even designed.

And for the next two years, Brynjolfson is on a special assignment as one of two coordinators of the new BC Centre for Women in the Trades (BCCWITT). A two-year pilot project, the centre aims to increase the retention and advancement of women in the trades through targeted supports and programs. Funded by the provincial and federal governments, the $900,000 project is led by the BC Federation of Labour with partners Build TogetHER, the BC Building Trades, BC Tradeswomen Society, BC LNG Alliance and the Construction Labour Relations Association. That is to say, the centre is a big deal.

“I really believe you have to see us to be us,” says Brynjolfson, referring to an expression often used by underrepresented groups. “Essentially, I wanted this job so I could do more work for women.”

And that’s exactly what she’s doing. Among the centre’s initiatives for women in the trades are outreach and mentoring, the development of a central database, and development and delivery of programs aimed at men to encourage them to be male leaders who stand up to inappropriate behaviours such as bullying and harassment.

“And all those barriers that we have faced and that we are still facing, I want to see those disappear,” says Brynjolfson. “I want to see respectful workplaces.”

If history is any evidence, Brynjolfson usually gets what she wants.